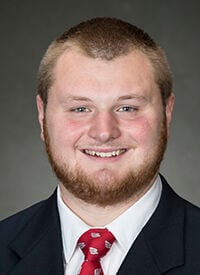 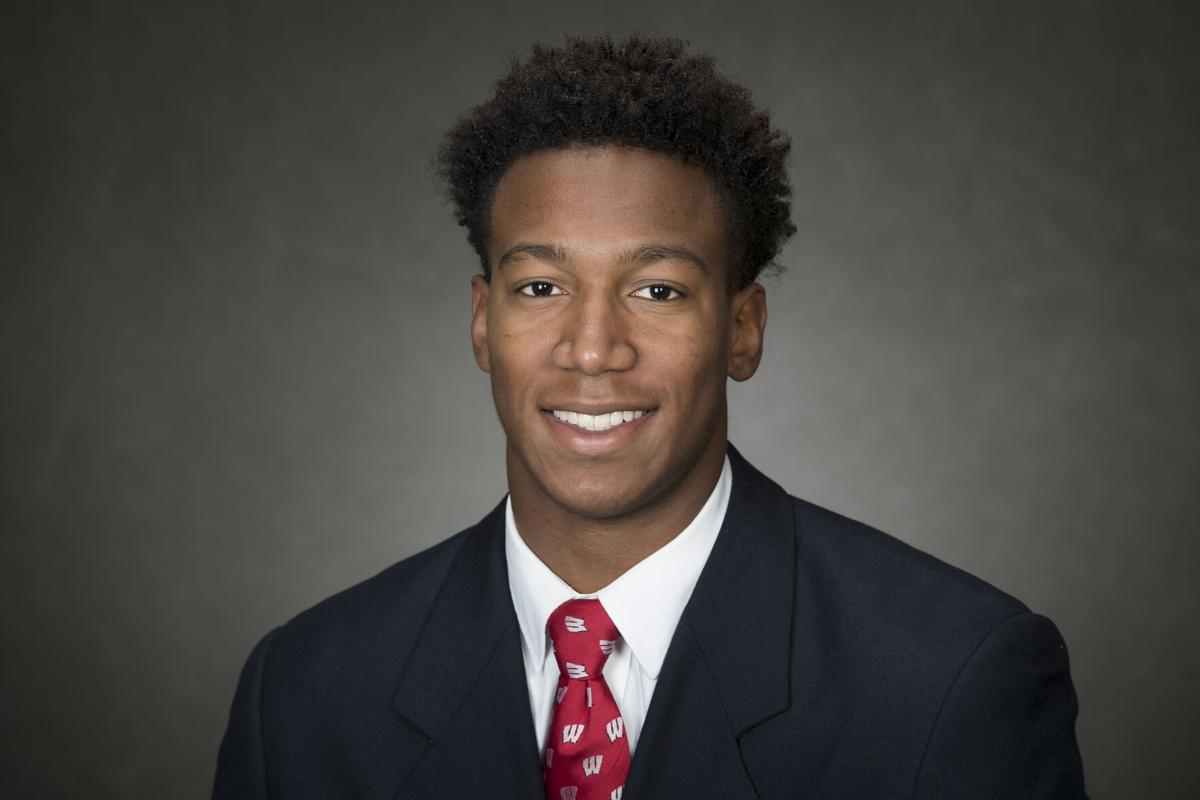 With a week left before opening the season against Illinois, the University of Wisconsin football team’s offensive line is still ironing out its top unit.

This isn’t rare for the No. 16 Badgers, who host Illinois next Friday at Camp Randall Stadium. Offensive coordinator and offensive line coach Joe Rudolph uses all the time he has at his disposal to prepare his linemen to play a number of positions.

This tactic has proved valuable for UW in the past, handling injuries on the line without much drop off, and it could be invaluable this season as the Badgers try to navigate the Big Ten Conference season and the COVID-19 pandemic.

“You want as many as you can that you can shuffle at all the different spots. I think ‘Rudy,’ for a long time, has done a great job of (that). I don’t think there’s one O-lineman that’s played in the same spot all the time this camp. That’s kind of the reality of the season, too,” UW coach Paul Chryst said.

The Badgers have a number of combinations to consider for a starting lineup.

A battle for the center spot between Kayden Lyles and Cormac Sampson has been ongoing, while potential guards returning from last season include Lyles, Josh Seltzner and Logan Bruss. Cole Van Lanen returns at left tackle, as does Tyler Beach, who played both right and left tackle last season.

The return of Jon Dietzen to the roster provides a seasoned veteran for either guard or tackle spots as well.

“’Rudy’ likes playing the best five, and I’m sure we’ll find out who that best five is going into the week. I feel really confident with the group we have and I’m really excited to get out on the field and have the opportunity to play with these guys this year.”

Part of Van Lanen’s confidence comes from the group’s knowledge of UW’s scheme.

While COVID-19-caused hiatus from in-person workouts this spring and summer limited chances to play together, the UW offensive line spent hours on Zoom calls studying the playbook.

“The young guys knew so much more than I ever knew coming in, and I thought it was awesome,” Van Lanen said. “Obviously, knowing the playbook is a little different than playing on the field, took a little bit of time but, there’s been years where we’d have a (Nos.) 2 or 3 group that we couldn’t even run plays because of how difficult it was. This year, our (Nos.) 1, 2 or 3 lines, we’re able to run and do drives, and that’s awesome to see.”

One of the surprises of the Badgers’ fall roster release last month was the move redshirt sophomore Jaylan Franklin made from outside linebacker to tight end.

“He’s just got a great feel for the game. The raw talent was there with his speed,” Turner said.

“You forget he’s like 6-5½, he’s pretty darn long. But he’s got a great feel with his fluidity. He’s not just a track athlete out there, he can bend corners and release guys and knows how to find a fit where sometimes it takes years to teach somebody those things. I’ve been really pleased with his knowledge of the game without me having to spend too much time on it.”

Turner said Franklin is still working on the finer points of his new position, but expects him to be a factor on special teams early on.

A UW official confirmed Friday that Andy Vujnovich — a transfer punter from Division III Dubuque — was granted a waiver by the NCAA and is eligible to play this season.

Vujnovich likely becomes the Badgers’ top option at the position. His per-kick average (36.7 yards) was altered by four blocked punts, but he’s proven to have a big leg. Five of his 49 punts were 50 yards or more, he had a long punt of 62 yards and pinned 15 of his tries inside the opponent’s 20-yard line.

Prepare for kick off of the University of Wisconsin's 2020 football season on Friday against Illinois with the Wisconsin State Journal's annual Badgers season preview.

The 2020 Badgers football season will boil down to the choices players, coaches and those around them make as COVID-19 continues to cause issues.

After some controversial stops and starts due to the COVID-19 pandemic, Big Ten Conference football is finally set to go.

In the second part of the State Journal's Badgers football preview, Colten Bartholomew explores just how crucial Sanborn’s play will be for UW.

In what could be his last season as a Badger, tight end Jake Ferguson looks to be a bigger part of UW's passing game after playing nearly every snap at tight end last season.

As the Badgers get ready to kick off the 2020 season Friday against the Illinois Fighting Illini, Colten Bartholomew examines Wisconsin's rost…

Get ready for the 2020 University of Wisconsin football season with Jim Polzin's team-by-team breakdown of the Big Ten Conference.

Get ready for the 2020 University of Wisconsin football season with Jim Polzin's team-by-team breakdown of the Big Ten Conference.

After some controversial stops and starts due to the COVID-19 pandemic, Big Ten Conference football is finally set to go.

Badgers in the NFL: Check out top performances by former Wisconsin players in Week 5

Replacing talented players is one thing, but the University of Wisconsin football team’s defense has to replace leadership and elite productio…

Get to know the Wisconsin Badgers' 2021 football recruiting class