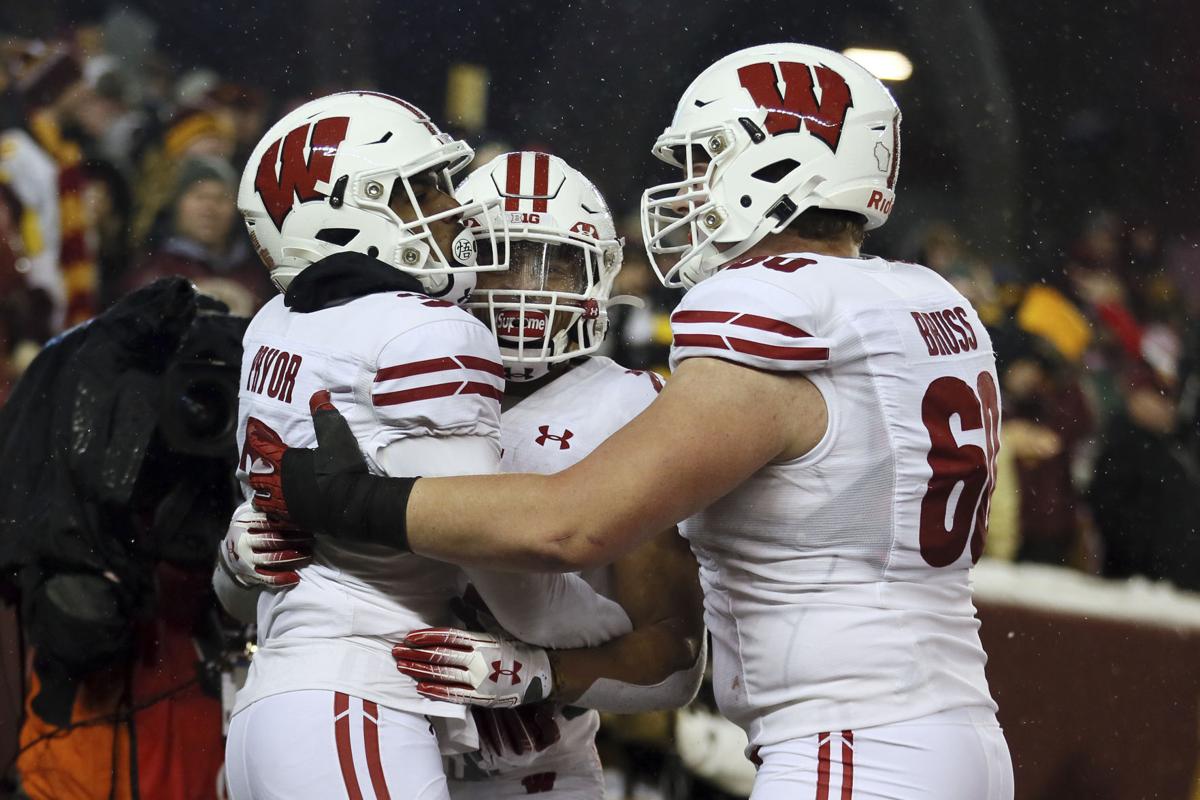 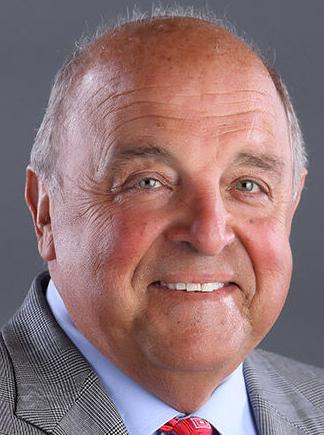 There's growing optimism that the University of Wisconsin will play football this fall.

After a month of backlash against its decision to push the football season to the spring semester due to the COVID-19 pandemic, the Big Ten Conference Council of Presidents and Chancellors is considering reversing course and starting the season, according to several media reports. A vote didn't take place Sunday but is expected in the coming days.

The start date and structure of the football season has yet to be announced, but a proposal given to the council Sunday has games starting Oct. 17. The Big Ten is hoping to play an eight-game season with one bye week, and schedule the conference championship game for Dec. 19, per multiple reports. A Big Ten team would potentially be able to participate in the College Football Playoff, the field of which is unveiled Dec. 20.

A meeting of the full council followed a presentation Saturday by the medical committee of the conference’s return-to-play task force to a steering committee of presidents and chancellors. Both meetings highlighted the changes in rapid testing processes available to conference teams and updated information regarding COVID-19’s link to a heart condition called myocarditis.

The presentation, which included the promise of daily rapid testing decreasing the burden of contact tracing for a COVID-19-positive athlete, will need to swing at least six members of the COP/C, which voted 11-3 to cancel the fall season last month.

The Big Ten has faced criticism from a number of directions since that Aug. 11 decision. Players and coaches have lobbied to return to the field, including a lawsuit by Nebraska players, while players’ parents have derided the lack of transparency in the Big Ten’s process. Politicians have pushed the conference to play, citing the protection of players’ future opportunities.

If the conference decides to play this fall, the focus shifts to preparing to play a season after Big Ten Commissioner Kevin Warren had said the decision not to play “will not be revisited.”

An Oct. 17 start gives conference teams a little more than a month to prepare, but UW and Maryland won’t be able to use that full time. The Badgers shut down team activities for football and men’s hockey for two weeks due to COVID-19 test results, meaning the football team can't start practice until either Sept. 23 or 24. Maryland athletics are also on a workout pause due to COVID-19 concerns.

UW athletic director Barry Alvarez, the chair of the conference’s return-to-competition task force, said on his monthly radio show Wednesday that he and Badgers coach Paul Chryst agree that three weeks would be enough time to prepare the team for a season.

Chryst is one of four coaches on the return-to-competition task force’s scheduling committee.

Starting the season would put the onus on players and coaches to isolate themselves as much as possible while Big Ten campuses deal with spikes in COVID-19 cases. UW isn’t releasing testing numbers for each team, but the university shared this week that 83 of the 734 student-athletes who have returned to campus since June have tested positive for COVID-19. As of Saturday, there had been more than 1,300 positive COVID-19 tests on UW’s campus, and two of its largest dorms are under a two-week quarantine.

Michigan State has asked its student body to quarantine after a jump in positive tests, while Michigan’s graduate students are on strike due in part to COVID-19 concerns.

Nine college football games have already been postponed due to positive tests. The Big Ten’s idea to fit a season into a tight window decreases the number of opportunities to make up games if they’re postponed. The conference schedule featuring only league games — revealed six days before the postponement announcement — had a number of potential make-up dates built in. Those wouldn't be available for a season starting Oct. 17.

The Badgers’ defensive line held up well throughout the season with the exception of nose tackle Bryson Williams, who suffered two knee injuries and missed eight games. Ends Isaiahh Loudermilk and Garrett Rand were at their best late in the season, especially against Minnesota in the regular-season finale and against Ohio State in the Big Ten Championship Game.

Freshman Keeanu Benton (above), who hails from Janesville, made a big impact filling in for Williams. He showed quick feet and strong moves to create a pass rush, and enough strength to hold double teams on the line.

If UW can maintain the solid rotation at end with Loudermilk, Rand and Matt Henningsen, and have Williams come back healthy to rotate with Benton, the line should be one of the strong points of the defense.

Chris Orr was unquestionably the heartbeat of the defense in 2019. Just check out the second half of the Big Ten Championship Game — without Orr on the field, UW wasn’t able to consistently bring pressure up the middle and more time to pass for Ohio State’s Justin Fields spelled disaster.

With Orr graduated and chasing an NFL opportunity, the Badgers appear to have a replacement ready in Leo Chenal. Chenal played in 11 games, missing three due to a concussion, but was solid in limited reps. He has the explosiveness, size and physicality needed to be a force as a starter at inside linebacker. Jack Sanborn (above) will be back and will likely take over some of the leadership void left by Orr.

It’ll be difficult for one player to make up the production that Zack Baun leaves behind, but the Badgers are going to need at least one outside linebacker to emerge as a strong pass rusher next season.

Noah Burks (above) was steady in the outside linebacker spot opposite Baun last season, but Green-May fell out of the rotation after a training-camp thumb injury took a while to heal. Leonhard said that Green-May, who stands 6-foot-6, has to “do things a little bit differently because of his size, height and weight. So he’s got to learn how to be physical within his frame.”

If that can happen this offseason, Green-May could slide into the spot Baun left open.

The recruiting class at outside linebacker, which includes four-star prospects Nick Herbig and Kaden Johnson, arguably is the best of any position for UW this year. Expect those young players to earn themselves chances on the field.

Projected starters: Williams and Hicks on the outside, Wildgoose in slot

The UW secondary had ups and downs in 2019, but played well in some of the biggest moments of the season. The regular-season finale against Minnesota was arguably the best start-to-finish performance for the group, but even that game saw the Gophers hit a deep touchdown pass on their first possession.

Caesar Williams (above) came on strong the second half of the season and claimed a starting role, while Faion Hicks and Rachad Wildgoose were fairly consistent throughout the year. Those three figure to be in the starting roles heading into next year, but Leonhard has shown that he will ride the hot hand at corner.

Semar Melvin will factor into that rotation, and could start as well. He did not play in the Rose Bowl and appeared in just four games so he can use 2019 as a redshirt season and have four more years of eligibility.

Leonhard said the cornerback group’s youth was a factor in a small recruiting class, with Colorado native Max Lofy being the only incoming freshman.

With pass-rush being a question mark at this point, UW will need its cornerbacks to be better in 2020.

Projecting starters at safety is difficult — had Scott Nelson not been injured against South Florida and lost for the season, he might’ve been the every-game starter in a larger rotation. But Eric Burrell (above) played well after assuming the starting role and provided some highlight plays. The one knock on Burrell was his inconsistent tackling, which led to some big plays for opponents.

Reggie Pearson proved to be a physical presence in his first full year as a starter, while reserves Collin Wilder, Madison Cone and John Torchio all played in a number of games.

Safety is one of the deeper groups on the roster next season for UW. That should allow Leonhard some flexibility in his defensive packages next season. A handful of times in 2019, Leonhard used a safety as a linebacker to add more speed to the front seven, and a healthy safety corps should allow him to try more variances.

Get to know the Wisconsin Badgers' 2021 football recruiting class

Badgers in the NFL: Check out which former UW stars made NFL rosters

As NFL teams made final cuts to their rosters this week, 26 former University of Wisconsin players made a team's initial 53-man group.