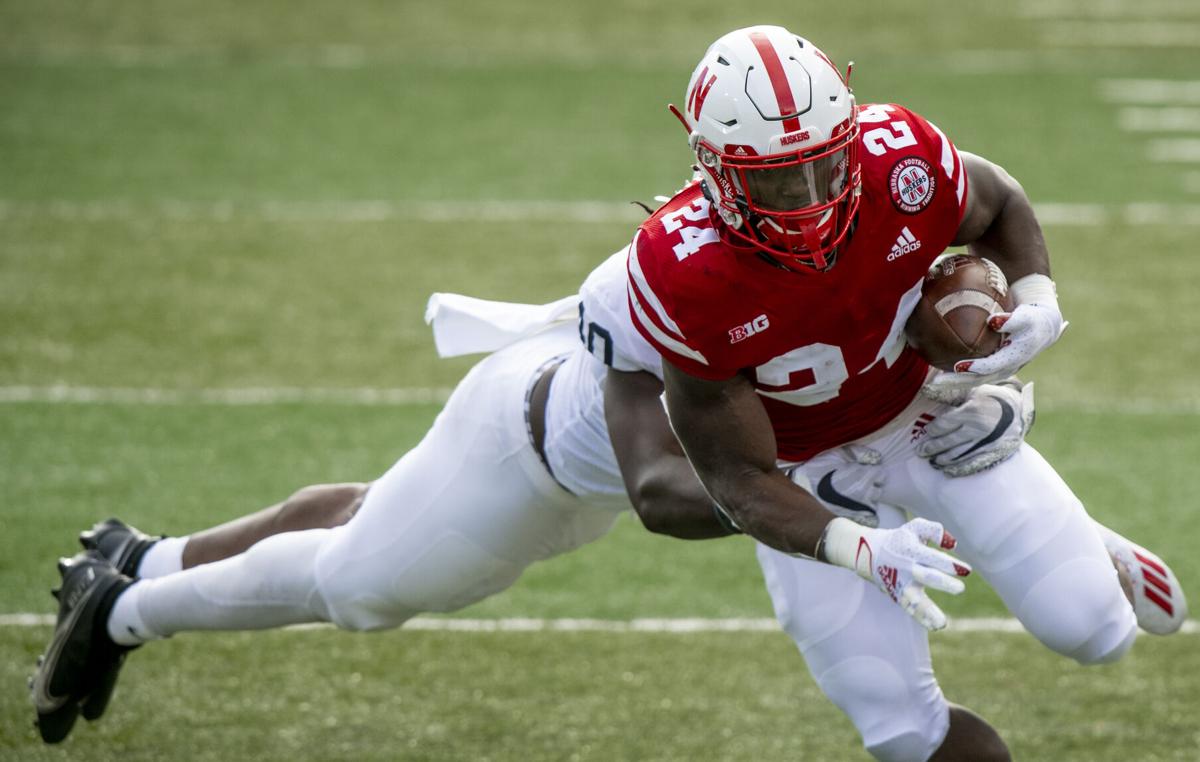 Nebraska running back Marvin Scott (24) tries to escape the grasp of Penn State's Jesse Luketa in the fourth quarter Saturday at Memorial Stadium. 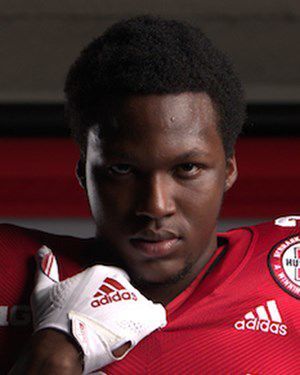 When the phone rings and it’s your head coach calling, that’s either good news or bad news.

For Marvin Scott on Saturday night, it was good news.

The Nebraska freshman running back fielded a call from the head coach shortly after his most extensive playing time to date.

The numbers won’t "wow" you: Five carries for 11 yards plus a catch for 14, but numbers don’t always tell the whole story.

From the broadcast, here’s Marvin Scott’s arc block (along with good work from the TEs) on Zavier Betts’ TD. #Huskers pic.twitter.com/n6NxrFSNd3

“He hasn’t touched the ball a lot, but that’s kind of how it goes your first year. You get a few chances and if you take advantage of them, you get more,” Frost said of the 5-foot-9, 210-pound rookie from Daytona Beach, Florida. “I called him after the game on Saturday night because he made two or three good runs, but he made the key block on Zavier's (Betts) long touchdown and on another third down, Luke (McCaffrey) threw the ball left-handed and he made somebody miss and got a first down for us.

“Those two plays potentially could have won the game for us, so I told him how happy I was for him.”

Frost said Scott has to keep learning quickly, but that’s for a good reason, too.

“He has to make sure he knows the whole scheme because he’s earned the right to play a little bit more,” Frost said.

Watch now: McCaffrey calls himself his own 'harshest critic,' says he never doubted his ability to lead offense

Watch now: Here's what Frost, McCaffrey and others are saying about Nebraska's win against Penn State

Check out video replays from the Huskers' news conference after a win against Penn State.